SHANGHAI — Ai Weiwei, a dissident artist who was released last month after spending 81 days in a jail on tax evasion charges, spent his days of confinement in a tiny room with only a bed for furniture and two police officers who monitored his every movement, even standing next to him in the shower, his sister said Thursday.

上海消息——本周四，艾未未的姐姐介绍了知名的异议艺术家艾未未在被北京当局以“逃税”的罪名关押在一个只有一张床的狭小的监狱里的细节。艾未未在被关押的81天期间，每分每秒都有两个警察监视他的活动，甚至在洗澡时候，监视他的警察都站在他的旁边。
For exercise, Ai paced in the small room, only six floor tiles long, but he estimates he walked the equivalent of 600 miles and lost about 30 pounds. As he paced, the two officers walked behind him, said his older sister, Gao Ge. The room had one covered window.

艾未未的姐姐透露他被拘押的详情：
“The room light was on 24 hours every day,” she said. “The only furniture in the room was a bed. Except for the bed, there was nothing else in the room, no chair, no desk. They didn’t offer Ai anything— no book, no newspaper, no TV, no radio, not even a piece of paper or a pen.”

The design firm linked to dissident Chinese artist Ai Wei Wei is challenging a government bill of some 1.85 million US dollars in unpaid taxes and fines.

The beginning of the hearing coincides with an offer of a guest professorial post for Ai Wei Wei at the Berlin University.


SABAPATHY: Ai Wei Wei was barred from attending the case but his wife Lu Qing, the legal representative for his design company Fake Cultural Development Limited attended court with their lawyer and an accountant.

But she claims that the case against them has been rigged.

SABAPATHY: At the heart of the case is the Chinese authority's claims that the company failed to pay some 770 thousand dollars in taxes over the last decade and added a fine of 1 point 1 million dollars to it.

Ai Wei Wei's family denies any tax evasion while activists say the accusations are a false premise to detain the artist.

Fu Hua Ling, professor of Law at the University of Hong Kong says China has a problem collecting taxes.
傅華伶教授（香港大學法律學院教授）说中国收税上一直有问题。

FU: China has been run as a central planned economy, tax was not an issue, paying tax is something new for the citizens so it has not been easy for the government to collect taxes. The problem for China is really the cash economy its very difficult to track to trace so enforcement is extremely difficult.
傅说：中国过去一直是计划经济，所以税不是一个问题，而纳税对于公民来说是新的东西，所以对于政府来说收税并不是一个简单的任务。中国的问题是现金经济，很难跟踪，所以强制收税是很难的。

SABAPATHY: Ai Wei Wei is just one of many nouveau riche Chinese but a constant political thorn in the government's side.

An outspoken critic of China's leaders, an active participant in controversial social campaigns, Ai Wei Wei also called on the Chinese people to boycott the Olympics despite his input in the design and building of the birdnest stadium.

AI: I realised this project is not going to be used to encourage freedom and democracy but rather a strong political party's propaganda. So I feel very disappointed about this kind of opening performance which not allow the migrants to stay in Beijing, to limit all the citizens' normal activities just to show to the guests. I call this a fake smile which is against my ideology.

SABAPATHY: Professor Fu says the targetting of Mr Ai on tax evasion is without doubt a political move.

FU: I guess the position of the government is we may have done something that is unlawful you may have done something that is unlawful. If you challenge us we will challenge you. That has been consistent so when people criticise the government immediately the government will search their records and if you are a multi millionaire its not difficult to find some fault in your history.
傅说：我猜政府的姿态是：我们也许做了一些非法的事情，而你也同样做了。如果你挑战我们，我们就会挑战你。所以当人们批评政府的时候，政府会立刻搜集他们的记录；如果你是百万富翁，在你的历史记录上找点问题是非常容易的。

SABAPATHY: Initial plans to charge Ai Wei Wei on criminal charges have been dropped and he now faces only charges of tax evasion.

Professor Fu says this makes the case less sensitive and easier for the government to close.

Now the offer of a guest professorial post at the Berlin University of the Arts for Ai Wei Wei provides another avenue for Beijing to rid itself of an irritant. Professor Fu.

FU: I doubt the government would have a strong interest to keep him in China. That has been the tradition, the best way to end the political career of someone is to send them elsewhere.

SABAPATHY: Ai Wei Wei has welcomed the offer but it's not clear when exactly he can leave the country. He is still under investigation and is legally bound to remain in the country till June next year. And its still to be seen if his company will fight the tax evasion charges or just pay it up and clear the way for his early exit.

— The Chinese authorities have accused the design company that handles the work of the artist and dissident Ai Weiwei of failing to pay corporate taxes since 2000, according to his wife, Lu Qing, who attended a hearing with tax officials on Thursday.
中国当局指责处理艺术家和异议人士艾未未工作的设计公司从2000年开始就偷税。这是艾的妻子路青从周四的听证会从税务官员那里得到的消息。

The hearing, which was also attended by a lawyer and an accountant, suggests the government is undaunted in its effort to collect nearly $2 million in back taxes and penalties from the design company, Fake Cultural Development Ltd.
听证会的出席也有一位律师和会计。它显示了政府在向发课文化发展公司要回将近二百万美元的税收的努力上仍然无所顾忌。

Ms. Lu, who is the company’s legal representative, rejected the government’s allegations and complained that tax officials did not provide copies of documents that were reportedly confiscated from Mr. Ai’s studio shortly after he and several associates were detained last spring. “My lawyers and I have no way of verifying that the papers belong to the company,” she said.
作为公司的法定代表人，路女士拒绝了政府的指控并抱怨说税务官员并没有提供被没收的文件的复印件；这些文件在春天艾和其他几位同事被逮捕之后被查抄没收。“我的律师和我木有任何办法验证这些文件属于公司”，她说。

By law, the documents should be returned within three months of their seizure, said Pu Zhiqiang, another lawyer retained by the company.
浦志强说，根据法律，这些文件应该在三个月之内被返回给公司。

Mr. Ai, who was held 81 days at an undisclosed location, was released on June 22 but he is not allowed to leave the capital for a year without permission from the authorities. Officials have told state media that Mr. Ai had earned his freedom in part by confessing to not paying taxes.
艾先生在一个未知地点被关押之后于6月22日被释放，但他在至少一年内并无法在不被未经许可的情况下离开首都。官员们对国家媒体说艾先生获得部分自由是因为承认没有付税款。

The police and tax bureau officials have declined to comment on the case, which Mr. Ai’s supporters suggest is politically driven. In addition to his work as a visual artist, architect and documentary filmmaker, Mr. Ai, 54, in recent years has embraced the role of Communist Party critic using his celebrity and family pedigree — his father was a revered poet — to shield himself from government retribution. That protection, it appears, has largely run out.
警察和税务局官员拒绝对此案发言。艾的支持者认为此案具有政治动机。

In a phone interview Thursday, Ms. Lu said her husband should not be held responsible for the finances of the company because he is merely an employee. She also complained that the hearing, contrary to the tax bureau regulations, was closed to the public. “I simply wish the authorities would respect the law, stop breaking it and proceed with the case legally,” she said, referring to their refusal to provide copies of documents. “We have no way of verifying whether the authorities are abusing their power.”
在周四的电话采访中，路青女士说她的丈夫不应该为这个公司的财物负责，因为他只是一个员工。她也抱怨说，和税务法规相反的是，听证会是闭门进行的。“我只是简单的希望当局能够遵守法律，停止破坏法律的行为，让这个案件能够进行合法处理”，她说，指称税务局拒绝提供文件的复印件。“我们无法验证是否当局在滥用权力”。

Be the coolest kid on the block.

Strategically place it anywhere in your house... Impress the mailman, get the chicks (or dudes), stump your professor, or that smart ass friend of yours. The benefits other than knowledge are endless!

The most absurd bits of Chinese culture, art news and dissident activism directly or remotely related to Ai Weiwei (crazy awesome Chinese artist who got in a hella lot of trouble with China, in case you live under a rock) printed in this ultra compact, super graphic, mega-bitchin magazine. A collaboration between the awesome clearinghouse of architecture related content, Archinect.com and the new hacker-punk, in-yo-face, i-don't-care-what-you-think stylings of Friction House Publishing. 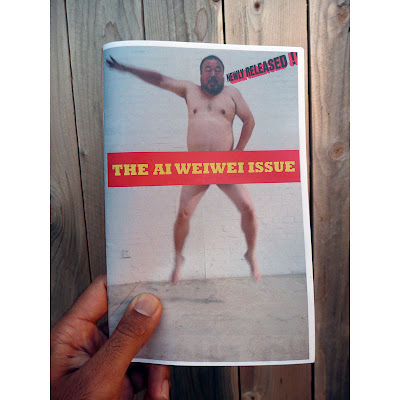 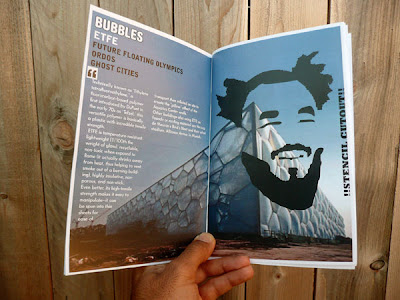 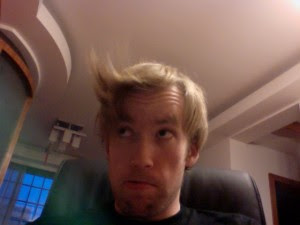 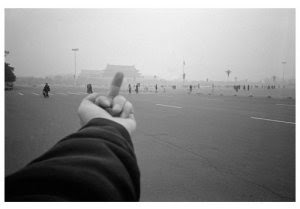 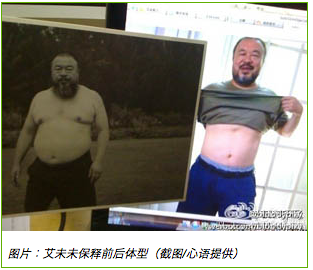 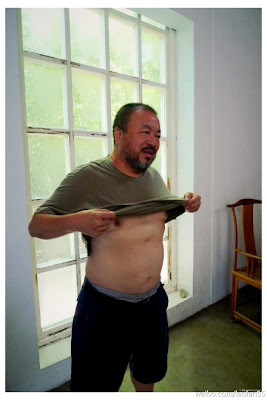