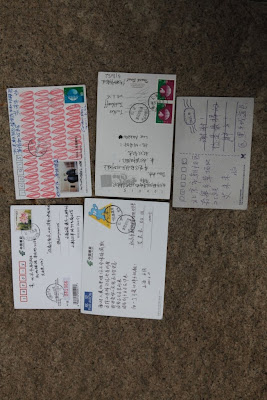 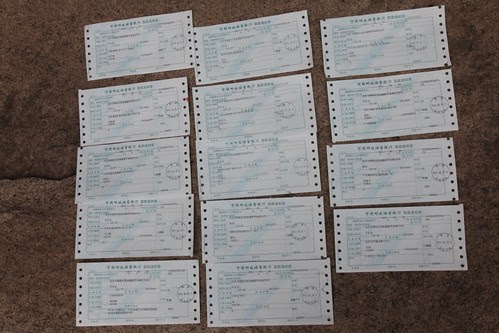 Liu Yanping has got some latest news about FAKE Design Manger Liu Zhenggang from reliable sources:
1, He has left the hospital, but is still not free;
2, He suffered from a heart-attack during the detention, which almost killed him;
3, He said that the rumours about "tax evasion" were incorrect; FAKE Design Company does not have tax problems;
4, He wants to see a lawyer;
5, FAKE Design Company has paid tax for all dozens of projects;
6, He will insist on the truth no matter how big the wrongdoings are made to him.

为冉翻译：爱国爱到你变态 Love Your Country to the Point of Going Wacky

Love Your Country to the Point of Going Wacky
Author: Ran Yunfei
Translated by @Dissenter2020, proofread by @krizcpec

Since the Sanlu tainted milk scandal broke out, Chinese citizens that had some degree of conscience were furious when they learnt that hundreds of thousands of babies had developed kidney stones. Melamine levels in twenty-two milk brands far exceeded the national standard, for a while people rejecting domestic milk products became a widespread trend. In view of this, Niu Gensheng, the CEO of Mengniu, a major company which milk products contained excessive levels of Melamine, used the same method Liu Bei had employed to win the hearts and minds of the people – he shed tears, and in his own defense he stressed his company's status as a national brand, as a means of gaining consumers' sympathy, thereby making people forget that they did not change fundamentally; [questions like] how to monitor product quality, by whom; how to disclose information without falsification; how to prevent deceptive advertising, and so on [all tossed to the wind]. With these means used Niu and others got an early "Acquittal" and could continue making lots of money unscrupulously; they did so in exactly the same way as the government got away with it by mixing up the party and the state (by treating the party's private interests as though it were national interests); and blurring the line between the government and the country (by labeling criticism of the government as "anti-China", so as to stir up anger in "people who have no knowledge of the truth"). These people didn't just get away with it – they didn't forget to pocket huge amount of money as they dodged punishment.

Email ThisBlogThis!Share to TwitterShare to FacebookShare to Pinterest
标签： 为冉翻译

Email ThisBlogThis!Share to TwitterShare to FacebookShare to Pinterest
标签： 王荔蕻 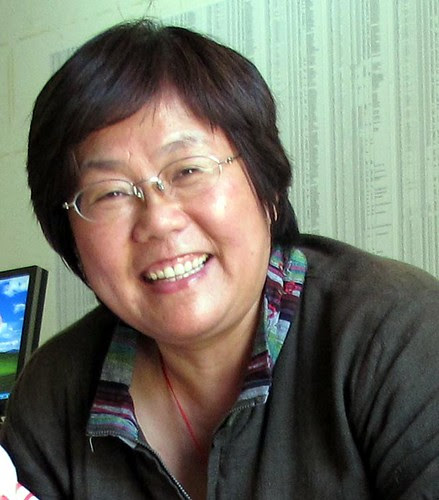 Email ThisBlogThis!Share to TwitterShare to FacebookShare to Pinterest
标签： 2008, 艾未未博客

Email ThisBlogThis!Share to TwitterShare to FacebookShare to Pinterest
标签： 艾未未作品 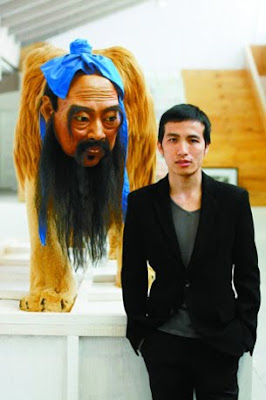 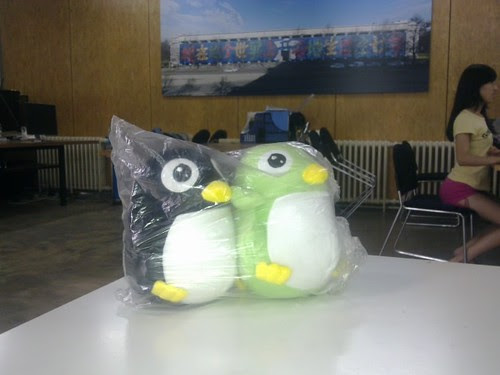 Email ThisBlogThis!Share to TwitterShare to FacebookShare to Pinterest
标签： 支持者 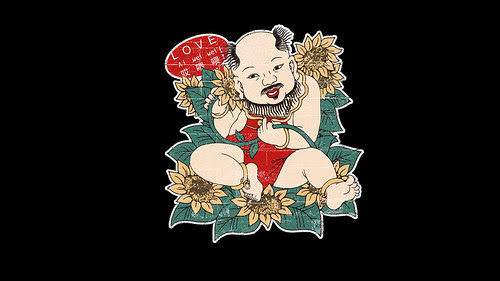 Police said Hu Mingfen and Liu Zhenggang were released. But in fact, nobody can get in touch with these two persons and their family members. More disturbingly, I learned just this afternoon that Liu Zhenggang was not originally released to go home, but he suffered a heart attack during the trial and then was hospitalized. Till now FAKE company has no way of knowing his illness and current condition.

Ai Weiwei told me today that he was not the actual controller of FAKE DESIGN, but only a designer. Nobody had given him financial statements to read, and he was not aware of tax-related issues. The ones who are aware of these issues are manager Liu Zhenggang and accountant Hu Mingfen, who can not be reached at the moment. The tax authority came to ask Ai Weiwei to sign and pay huge amount of taxes, otherwise they will "take away" Lu Qing, the corporate representative of FAKE Design. Ai Weiwei asked them to go ahead and take himself too.

Today, the tax authority of Beijing send a notice to "FAKE Design" company, informing that the company should pay back taxes and accept a fine (1.5 times of tax ammount; the tax law allows five times as the maximum punishment; it seems that the tax authority is a bit "merciful"). The total tax payback is around 5 million and the amount of fine is more than 7 million.
发表于 6/27/2011 1 comment: 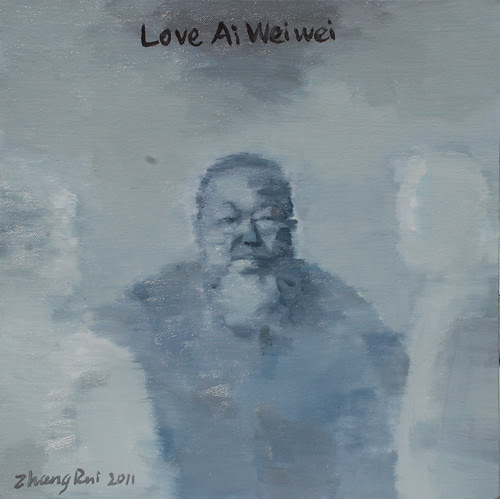 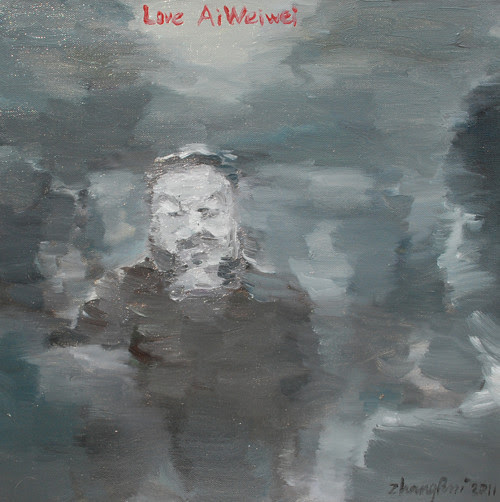 注：这是艺术青年张瑞特意为我们网站订做的作品。非常感谢瑞。她的推特帐号是@rz1999。
Note: This is a work devoted to our website by young artist Zhang Rui. Many thanks to Rui. Her twitter id is: @rz1999.
发表于 6/27/2011 No comments: 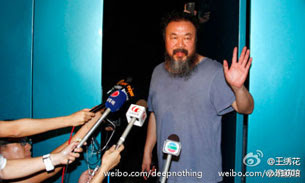 如何出来 HOW TO GET OUT 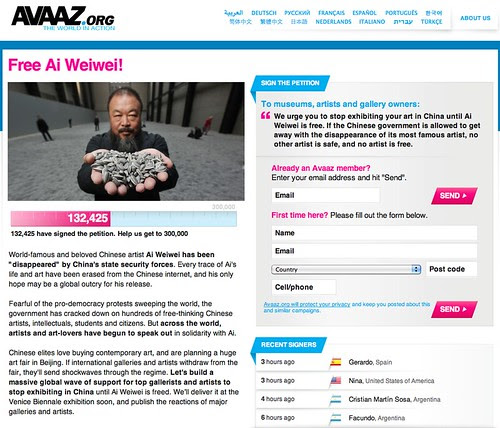 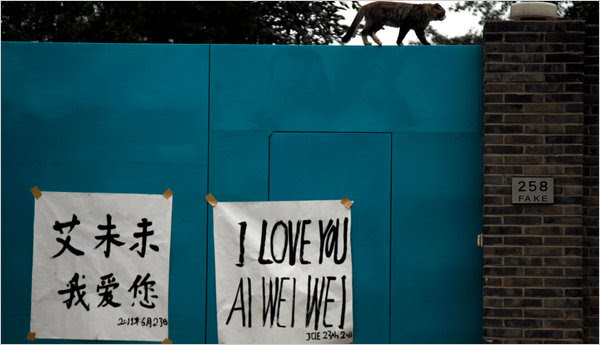 最重要的是，要驳斥所谓国际压力帮助艾未未获得保释的说法，四天后胡锦涛就要与苏丹的奥马尔・巴希尔见面，如果他连与犯下了达尔富尔种族灭绝罪的通缉犯见面都心无芥蒂的话，他们又怎么会在乎你们对小小的中国艺术家的失踪表达的不满？
⑦我看中国博客  ChinaGeeks Thoughts on Ai Weiwei’s Release: This is Not a “Victory”